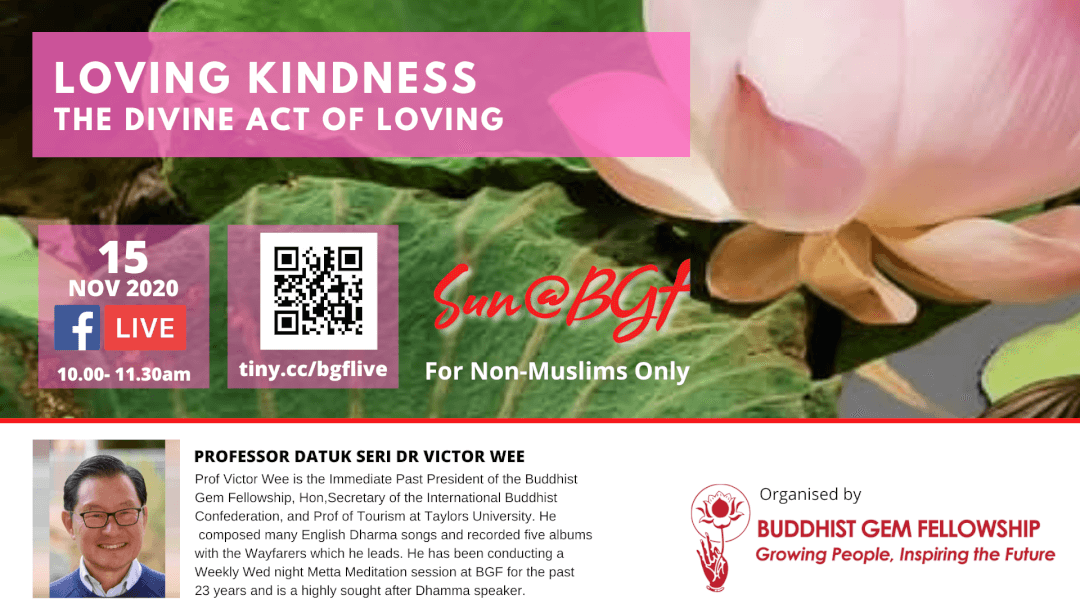 Datuk Seri Dr. Victor Wee is a founding member and the Immediate Past President of Buddhist Gem Fellowship Malaysia (BGF). He is Honorary Secretary of the International Buddhist Confederation, a world body for Buddhists based in Delhi.

He started studying Buddhism at Seck Kia Eenh Dhamma School. He taught Dhamma to Buddhist groups and spoke at the local and international Buddhist Conferences. He leads Metta meditation at BGF for the last 23 years and is a pioneer in Buddhist music. He composed many Dharma songs in English and recorded five albums with the Wayfarers.

For his work in Buddhism, he was given several awards, including the Ten Outstanding Malaysian Youths in 1992 and the World Buddhist Outstanding Leader Award in 2013 by the World Fellowship of Buddhist Youths based in Bangkok.

He is currently Professor at the School of Hospitality and Tourism at Taylor’s University. In his career with the Malaysian Government he served as the Secretary General of Ministry of Tourism and the Chairman of Tourism Malaysia. He had also worked as Senior Director at the Economic Planning Unit, Prime Minister’s Department and was Chairman to the Programme Committee for United Nations World Tourism Organisation (UNWTO) during 2007-2012.