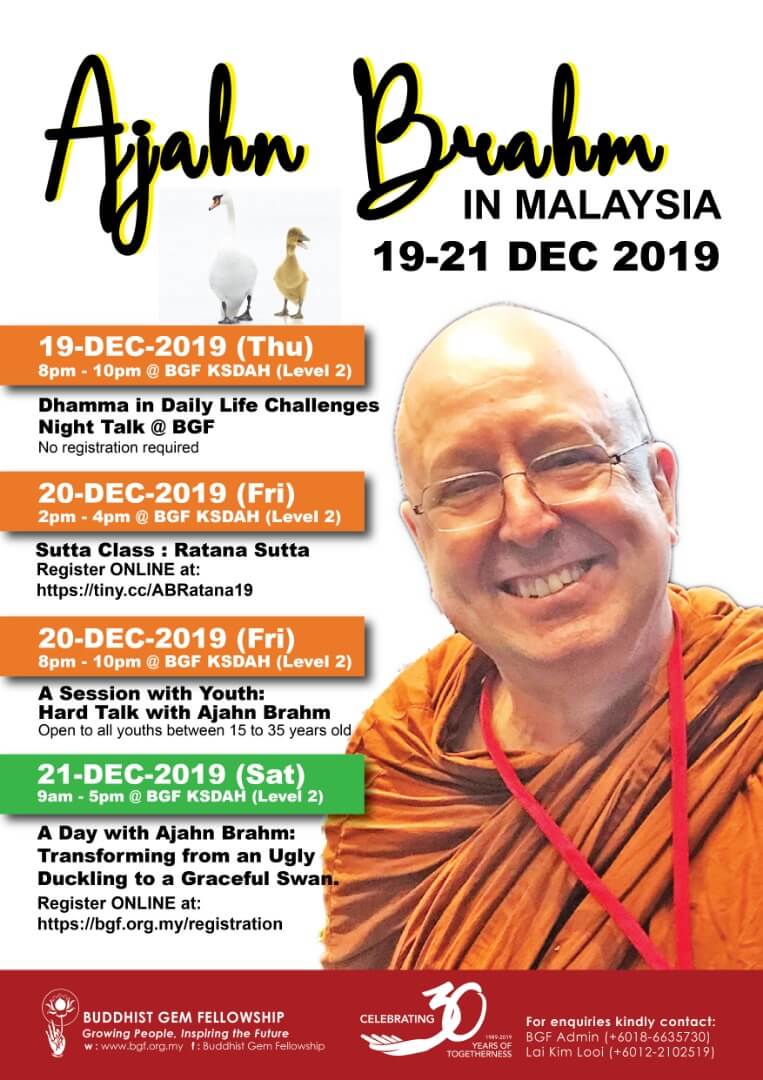 Ajahn Brahm will be conducting a Sutta Class about the Ratana Sutta. Registration is required.