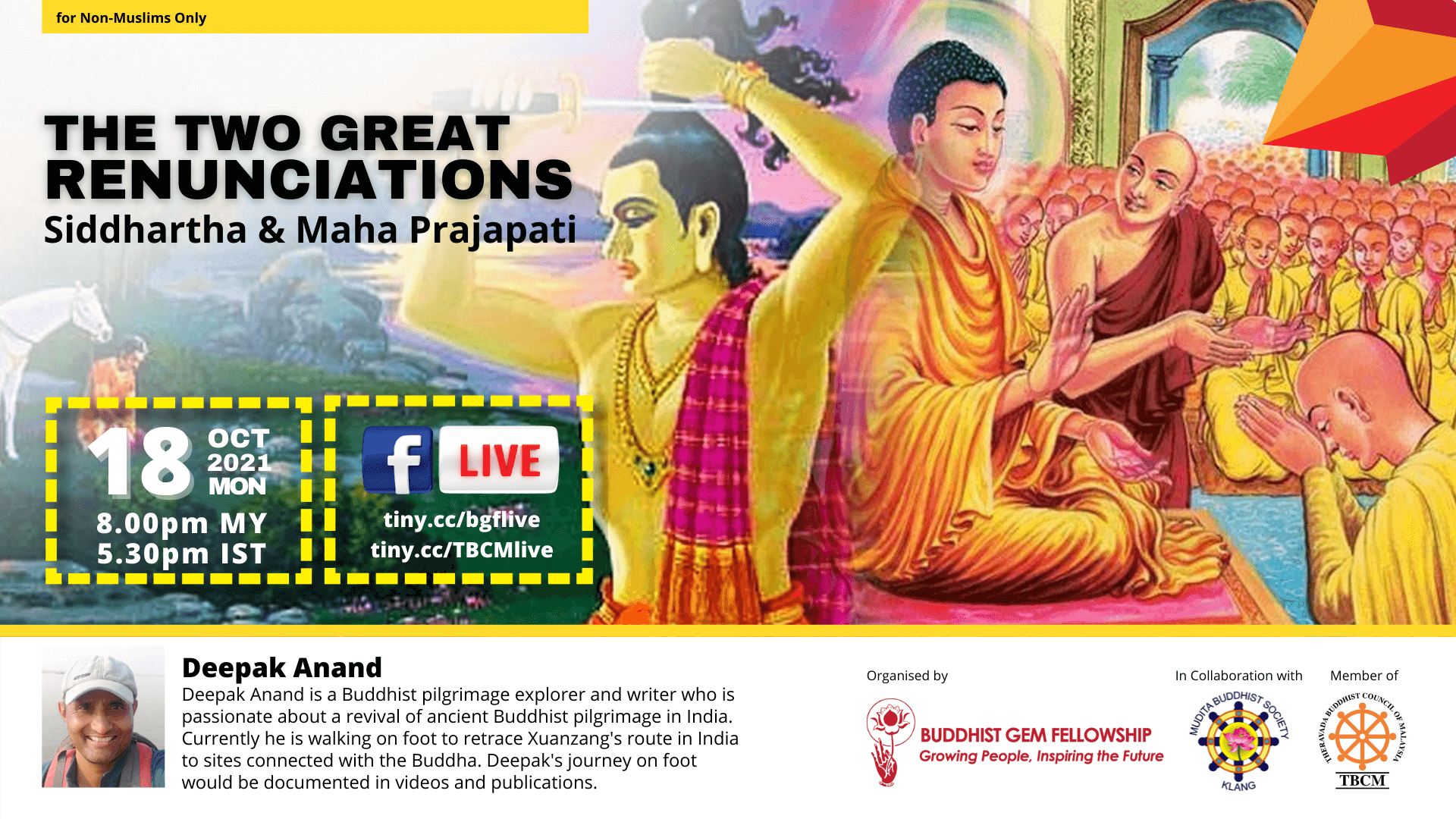 The first was the renunciation of Bodhisattva Siddhartha Gotama at the age of 29 years old when he set forth from his palace in search for the Liberating Truth.

The second was undertaken by Maha Prajapati Gotami who sought ordination as a nun under the Buddha after the death of King Suddhodana.

Using the accounts of the pilgrim monk Xuan Zang, Deepak Anand has managed to track down the routes that was taken during the two great renunciations.

Hear about the two journeys that traverse Nepal and India in a Discovery Talk by Deepak.

Walking on foot since Feb 2020, Deepak has already covered 2,200km to retrace Xuanzang’s route in India. His journey on foot at the grass-root level, enriched by Xuanzang’s eyewitness accounts of the sites connected with the Buddha, would be documented in videos and publications. His travels are documented in his blog https://nalanda-insatiableinoffering.blogspot.com/