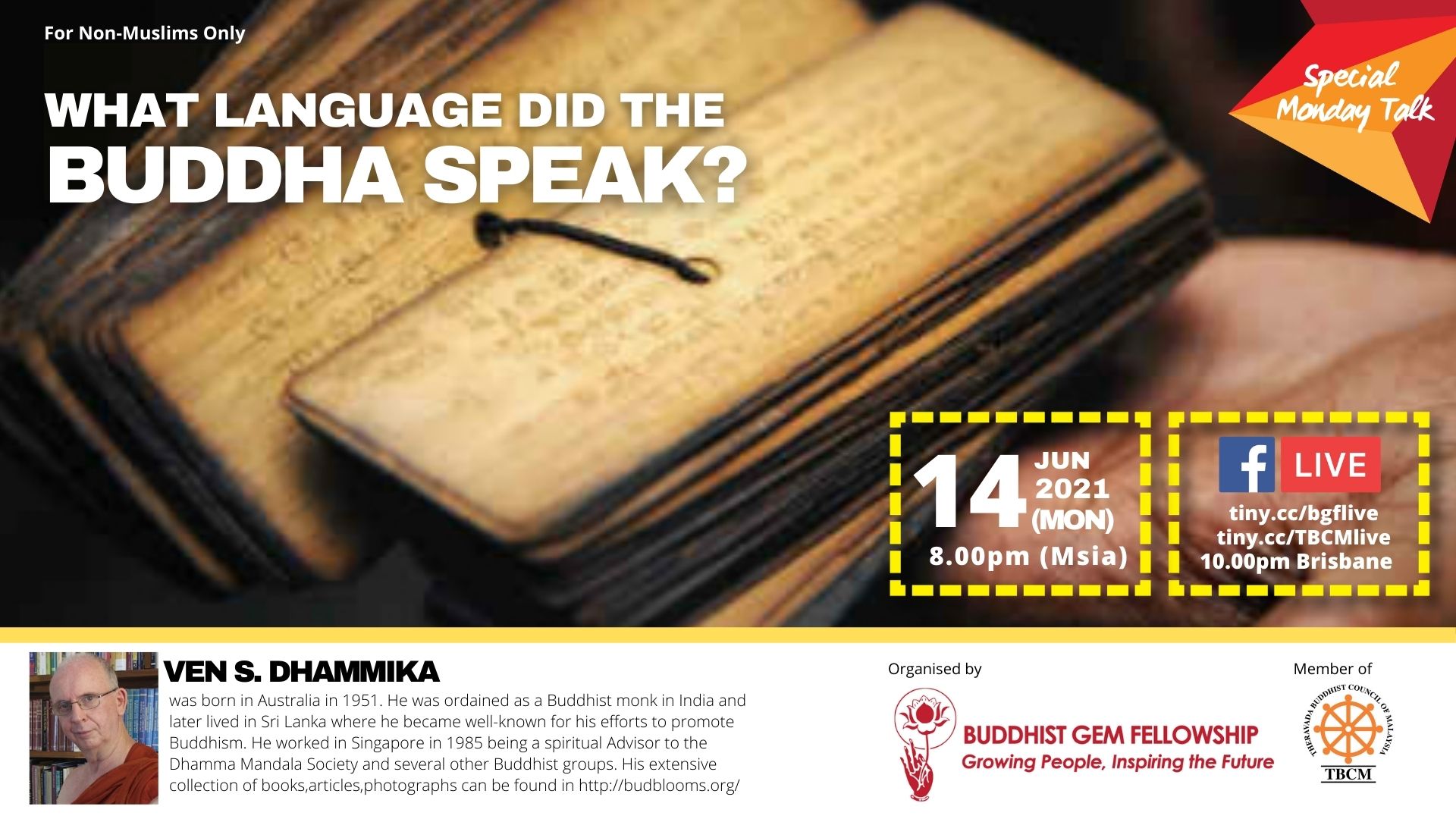 Evening Talk – What Language Did the Buddha Speak? with Venerable Shravasti Dhammika

Inside the talk Bhante will give some tips on how to pronounce Pali correctly. He will also explain why the Northern school of Buddhism has used Sanskrit while the Buddha encouraged the usage of language spoken by the people.

Venerable Shravasti Dhammika was born in Australia in 1951. He was ordained as a Buddhist monk in India and later lived in Sri Lanka where he became well-known for his efforts to promote Buddhism. He worked in Singapore in 1985 being a spiritual Advisor to the Dhamma Mandala Society and several other Buddhist groups. His extensive collection of books,articles,photographs can be found in http://budblooms.org/