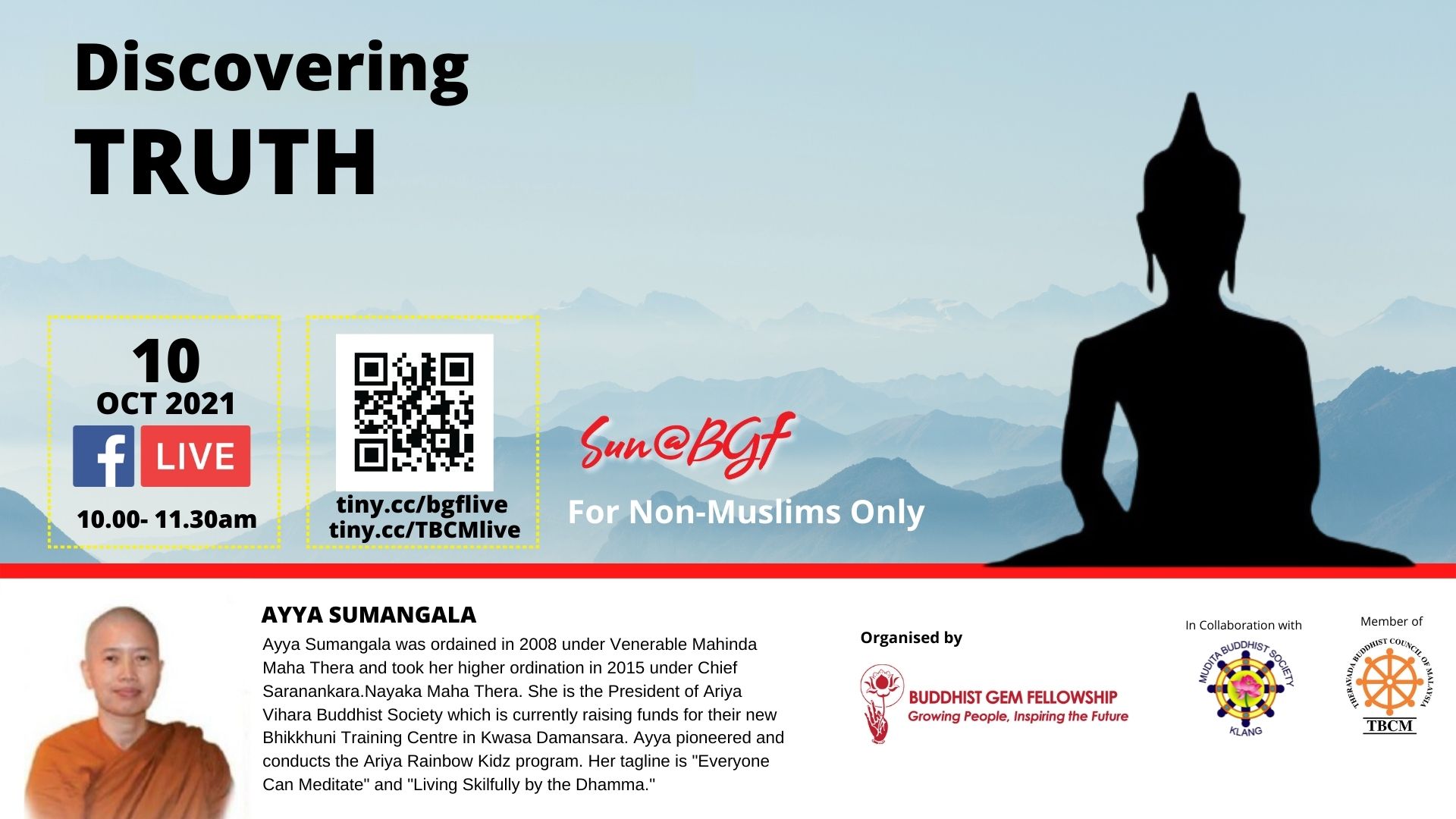 Ven. Sumangala Bhikkhuni received an M.A. in Industrial and Organizational Psychology from Universiti Kebangsaan Malaysia in 1999.

In 2005, she left the home-life and became an Anagarini. In November 2008, under the sacred Sri Mahabodhi at Bodhgaya, India, she was ordained under her preceptor-teacher Ven. Mahinda Maha Thera and meditation teacher Ven. Nadimale Sumedha Maniyo of Sri Lanka. She later obtained an M.A. in Philosophy (Buddhism) from International Buddhist College, Thailand in 2011. On 21 June 2015, she took her higher ordination under preceptor Ven. B. Sri Saranankara Maha Nayaka Thera – the Chief Judiciary Monk of Malaysia, and bhikkhuni preceptor-teacher Ayya Santini Theri of Indonesia.

Currently, she is the President of Ariya Vihara Buddhist Society, and an advisor of Gotami Vihara Society. She conducts meditation retreats, gives Dhamma talks in various centers and camps, organizes and teaches in Samaneri Novitiate Program, leads Dhamma excursions or pilgrimages to the Buddha’s holy sites, and initiates charitable aid for poor students’ education and those in need. She pioneers and conducts the Ariya Rainbow Kidz Program – the holistic Dhamma education for family. Her tagline is “Living Skillfully by the Dhamma” and “Everyone Can Meditate” & “Discover Truth.”

Her research papers and writings – Buddhist Women Teacher: Lay and Ordain was presented in Sakyadhita Conference in Vietnam, 2010; Unity of Three Buddhist Traditions was published by Buddhist Gem Fellowship in One Dhamma Many Buddhist Traditions, 2013; and Buddhism and The Emergence of Theravada Bhikkhuni in Malaysia and Their Contributions, 2015, presented at Rajbhat Nakhonpathom University, Bangkok.

Her noble wish is to continue to develop her mind and potential and to share the holistic teaching of the Buddha with others. She continues to pave way and guide the lay practitioner to practice as a compassionate and wise householder, or to go forth as a member of the monastic Sangha to experience the gems of Dhamma. It is hopeful that the bhikkhus and bhikkhunis, lay male and female practitioners will continue to grow for the well-being, happiness and benefit of the many.

May all beings be well and safe. May they be free from all defilements. May all hearts be happy and may they attain Liberation at the soonest opportunity.