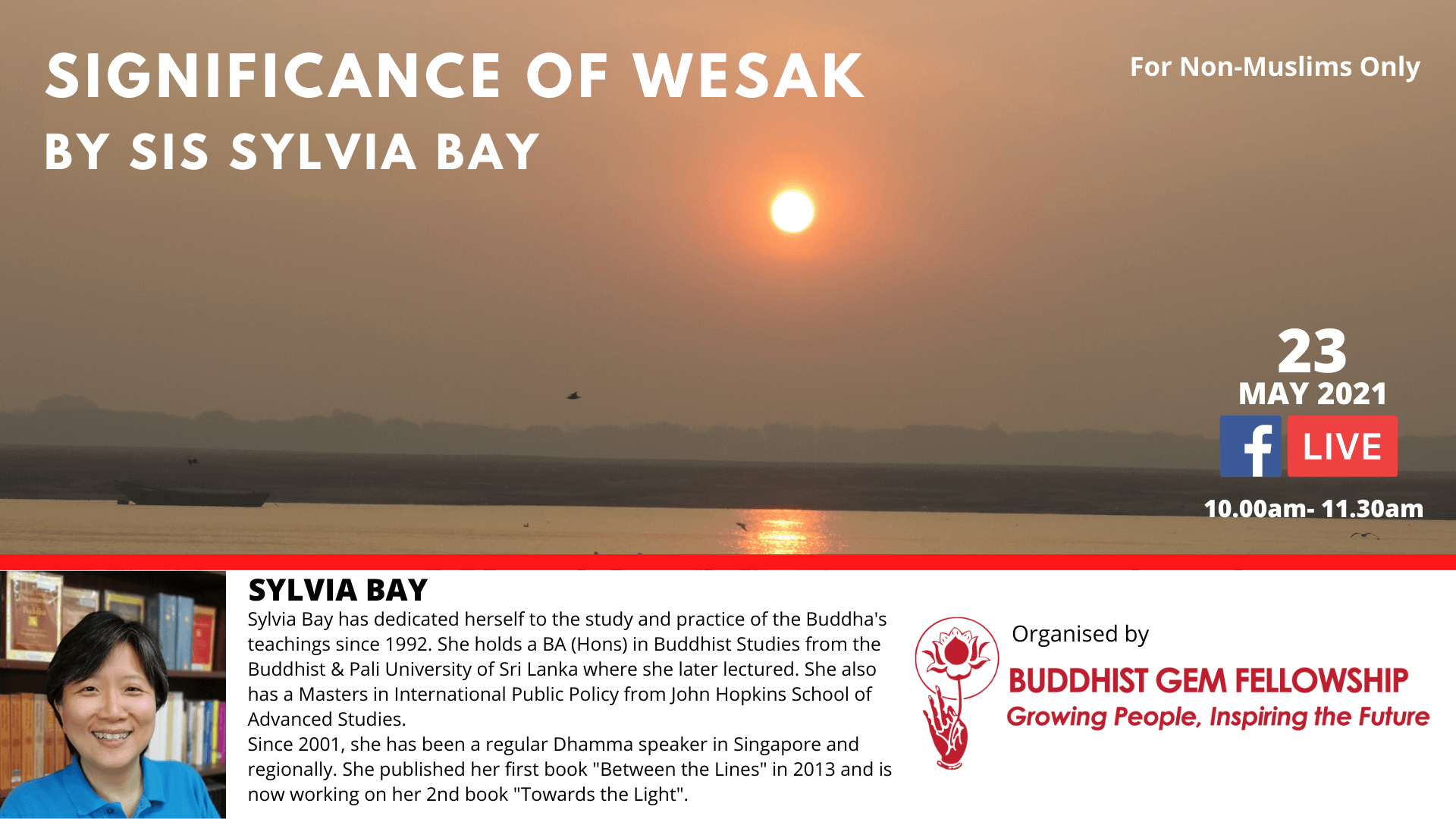 Most Buddhists are brought up observing Wesak Day as a holy day where we go to temples for monks’ blessings and bath the baby Buddha. Sister Sylvia Bay will share with us the “Significance of Wesak” based on the Pali texts.

Sylvia Bay has dedicated herself to the study and practice of the Buddha’s teachings since 1992. She holds a BA (Hons) in Buddhist Studies from the Buddhist & Pali University of Sri Lanka where she later lectured. She also has a Masters in International Public Policy from John Hopkins School of Advanced Studies.

Since 2001, she has been a regular Dhamma speaker in Singapore and regionally. She published her first book “Between the Lines” in 2013 and is now working on her 2nd book “Towards the Light”.